Wedding inspirations and how traditions affect today’s marriage celebrations — many are deeply rooted in the mountains of East Tennessee. The influence of Smoky Mountain weddings is almost as old as the mountains themselves. Many who have grown up in the hills, valleys, and mountains of East Tennessee are directly connected to the people who first settled in the Great Smoky Mountains.  The early settlers were mostly Scots-Irish.  Mountain folk are known to be superstitious people, as well as prolific storytellers. Myths, or old-wives tales, lore or legend,  there is no shortage of colorful yarns and tall-tales. Let’s talk about traditions and folklore related to weddings and celebrations among mountain people.

Maybe you have heard this one — “something old, something new, something borrowed, something blue, and a sixpence in her shoe.”  In order to have the best chance at having success and happiness in the marriage, the bride must possess the five elements of good luck. The bride is supposed to get her “something borrowed” from someone who is happily married in the hope that some of that person’s good fortune rubs off on her. “Something blue” denotes fidelity and love and a “sixpence in your shoe” is for good luck and fortune.   There are many ways in which the bride can incorporate each and all of these items.  For something old, consider asking a grandparent or member of the family for a treasured heirloom, such as a charm that can be attached to the bouquet.  This could also be something borrowed. Something blue can be incorporated in an old hanky, or the color of the bride’s accessories. — perhaps the bouquet will be wrapped in blue ribbon.  Something new would be easily added — shoes, wedding dress, hairpiece,  jewelry — there’s got to be something new from which to choose. This saying is from an Old English rhyme and these four objects, plus a sixpence, are supposed to be good luck for the bride and her future life.  The sixpence might be a little more of a challenge.  The production of the English sixpence, a British coin,  was halted in the 1970s. However, the coins can be found on Etsy, eBay, and specialty bridal shops.

Everyone has heard that it’s bad luck for a groom to see the bride before the wedding.  And the origin of that superstition?  In the “olden” days, it was customary for a marriage to be prearranged by the parents of the bride and groom.  Marriage was the joining of two families and the choice of the groom for the bride was based on what each would bring into the marriage.  Perhaps the bride’s family was land-rich and the groom’s family wasn’t as well -off.  Perhaps there was a different value attached — such as prestige, or social standing, or maybe the bride was the oldest of several daughters and was getting older and time was running out for a good match. So the custom of not seeing the bride before they met at the altar — then if the girl wasn’t very attractive, or vice-versa, it would be too late for either to back out of the agreement!  And that’s also why it was the duty of the groom to lift the veil from his new wife’s face. 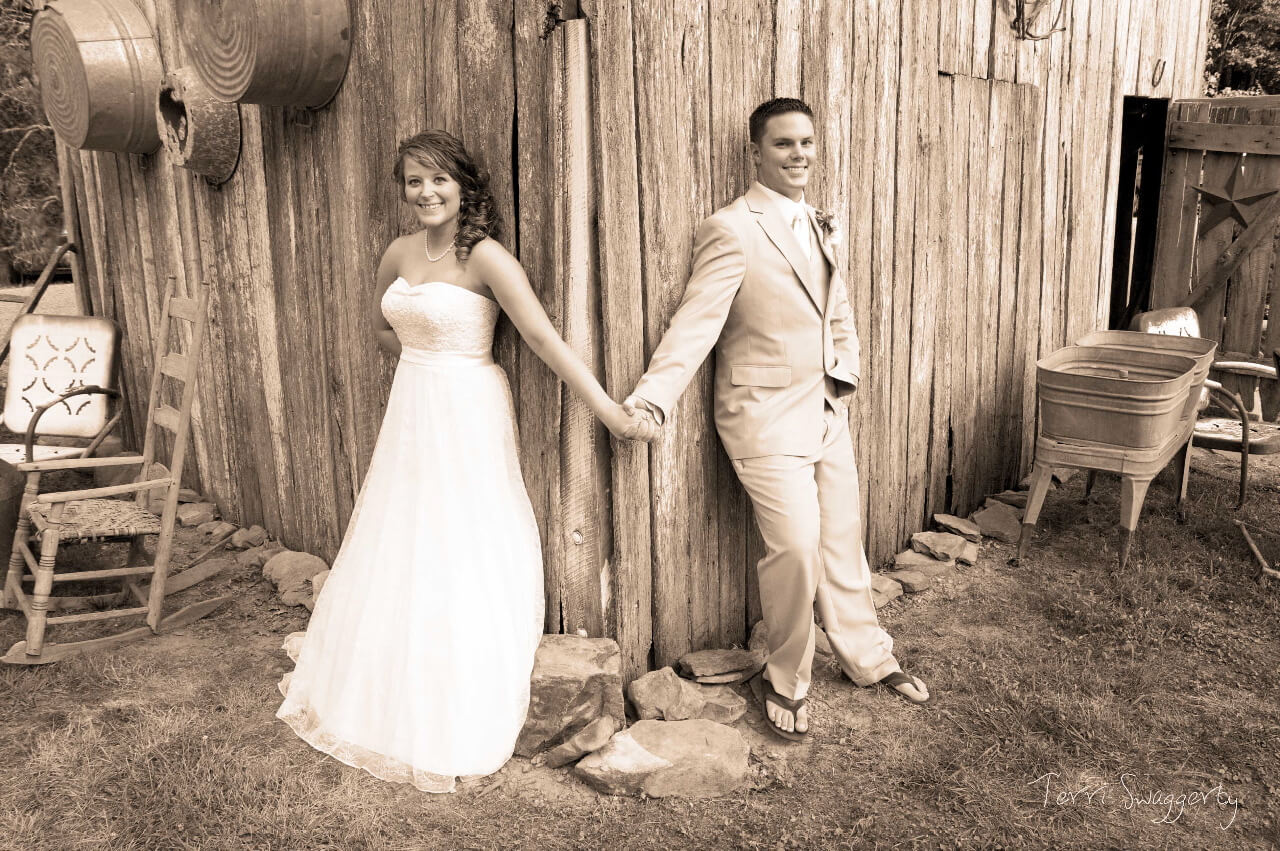 The  “handfasting” ceremony probably originated with the Celts. The old saying, “tying the knot,” might have evolved from this handfasting ritual.  The couple stands together with their hands bound together with a cord or piece of cloth or tartan. In modern days,  handfasting can be incorporated into a Christian or civil ceremony as a part of a connection to the Celtic people of the mountains. The saying, “a cord of three strands is not easily broken” is rooted in the handfasting ritual.  There are many other traditions — jumping the broom, asking the parents for permission to marry the daughter, foot-washing, the unity candle – and many more depending on the customs and ethnicity of the bride and groom.  As more and more diverse cultures move into the Great Smoky Mountains, the rich traditions and rituals of the Appalachian mountain people will continue to be shared and retained for generations to come. However, today’s couples may choose to create traditions that best represent their love, uniqueness, values, and beliefs.  And isn’t that how it should be?

The beginning of the multi-tiered wedding cake: Because wedding cakes were so expensive, community members often brought cake layers to donate to the bride’s family. The number of stack layers on her wedding cake was directly related to how well-like the bride was in the community. The dried apple stack cake is the most “mountain” of all cakes baked and served in Southern Appalachia. Most weddings took place in the home of the bride since church weddings were quite rare. Many times the young couple and their families would make a trip to the county courthouse and the County Judge would perform the ceremony. Very possibly the term ‘goin courtin’ originated from this practice.  There was typically no honeymoon due to the added expense for the couple. Frequently, the couple would reside at the bride’s home the first night and sometimes reside in the home for a while.  Eventually, the community would come together and help with a house “raisin” for the newly married couple.  There was also a tradition that was rooted in the Great Smoky Mountains called a “Shivaree.” Thankfully, this celebratory ritual is not widely practiced.  After a couple would get married, and retire to their bedroom to be alone, the community of friends would start the tradition of “hazing” the couple. Intended as good-natured fun, the noisy crowd would stay long after the vows had been spoken to poke fun at the bride and groom. Sometimes, also referred to as “railing,” the romantic mood of the evening would be delayed until the raucous crowd got bored and left. This tradition is best left in the past!  Long before the Great Smoky Mountains became a national park and popular tourist destination, the southern Appalachian people settled here and brought with them a rich and distinctive heritage whose influence is still felt today.
https://sampsonshollow.com
https://www.elopetothesmokymountains.com
Share
0 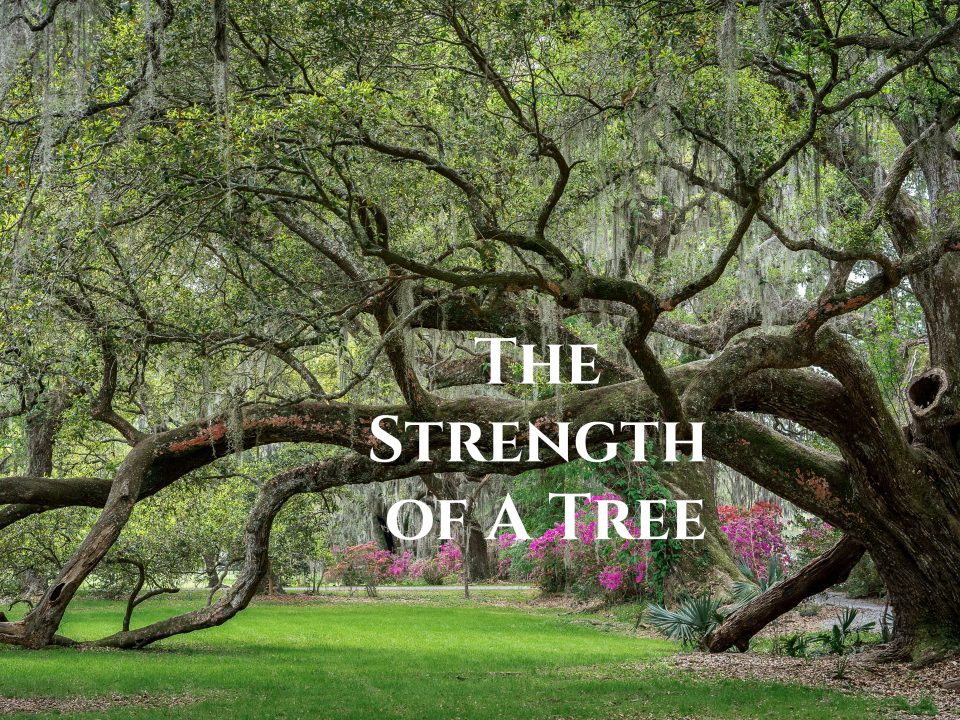 Wedding Inspiration in Strength of Tree 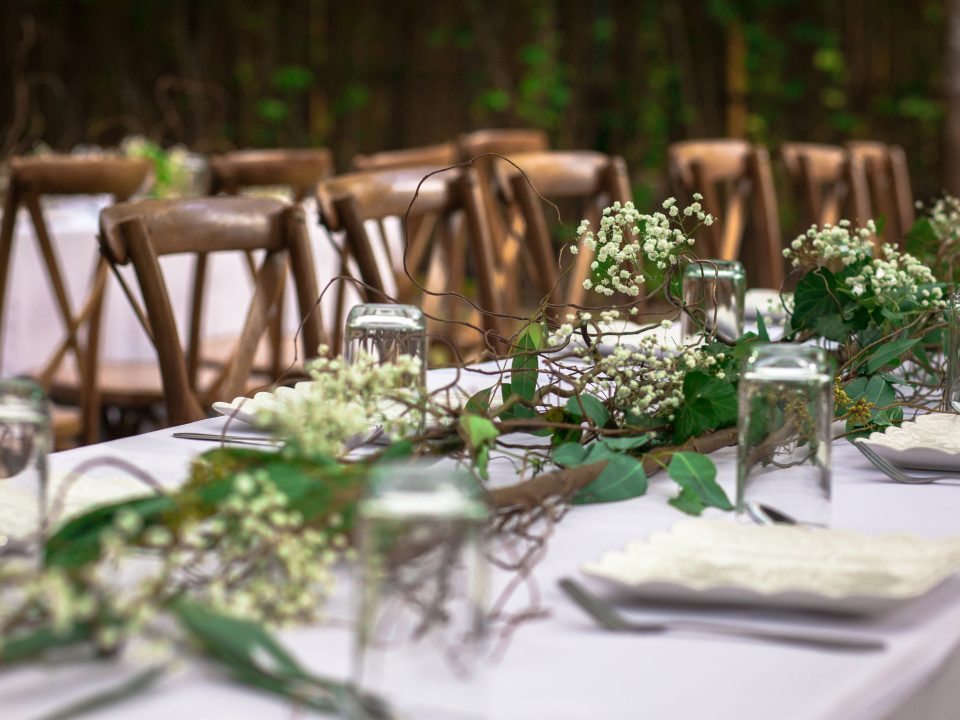 Are you thinking about a winter wedding?